Posted by horndeanguy on November 27, 2019
Posted in: Local Issues. 1 Comment

Flick Drummond, our local Conservative parliamentary candidate, will be at The Farmer Inn on Monday 2nd December between 18:00 and 20:00 to meet local residents and take any questions.

To find out where she stands on providing care for an ageing population, funding our Armed Forces, supporting local schools and of course the ‘B’ word please feel free to head over for a drink and a chat.

The Q+A has been organised by Cllr Sara Schillemore so if you would like to pose a question but can’t make it please comment on this post and it will be passed onto Flick.

Please keep comments polite and respectful – this election and Brexit is bringing out the worst in people.

Posted by horndeanguy on November 27, 2019
Posted in: Local Issues. Leave a comment

HPC would like to welcome us all to their Christmas Carol Service on Tuesday 10th December starting at 7:00pm. 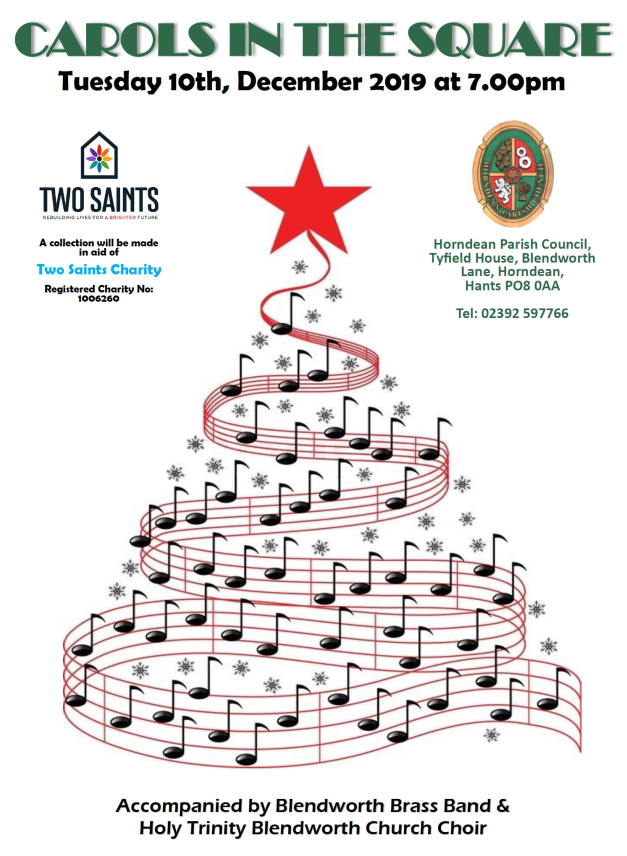 Posted by horndeanguy on November 22, 2019
Posted in: Local Issues. Leave a comment 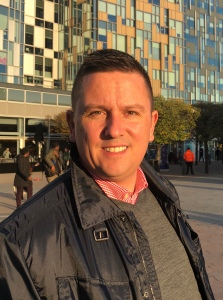 Highways England will be replacing a section of safety barrier along the A3(M) northbound carriageway near Horndean, to ensure the network remains in a safe and serviceable condition. Work is scheduled to take place between Thursday 5 December and Friday 20 December 2019.

For the safety of the workforce and customers, we will need to close the A3(M) northbound carriageway from junction 2 to junction 1 overnight (between 9pm and 6am) for the duration of the works. In addition, the hard-shoulder will be closed during day-time hours.

During the closures a signed diversion will be in place via the B2149, north on the A3 to re-join the A3 northbound at junction 1.

Please be aware that these closures are subject to change due to weather conditions or unforeseen circumstances – please check the yellow signs placed in advance alongside the A3(M) for confirmation of the closures dates/timings.

We would like to apologise in advance for any inconvenience or disruption during our work. If you have any questions, or if you’d like you know more about our work please email us at info@highwaysengland.co.uk or call us on 0300 123 5000.

Aquind Update – Application Is In

Posted by horndeanguy on November 17, 2019
Posted in: Local Issues. 3 Comments

Aquind and their proposed ‘Interconnector’ cable project that would connect the UK National Grid power supply with RTE in France at Normandy has been in the background for perhaps two years now. 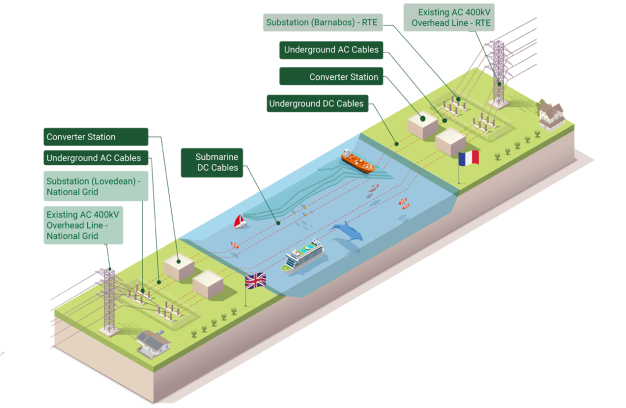 On the 14 November 2019 Aquind formally submitted the application to the Planning Inspectorate. This means that it will not be heard locally by East Hants or Winchester District Councils.

From briefings we understand that the final cable route that has been selected will run through Denmead, not Lovedean. The chosen location for the site is to the West of the existing substation. 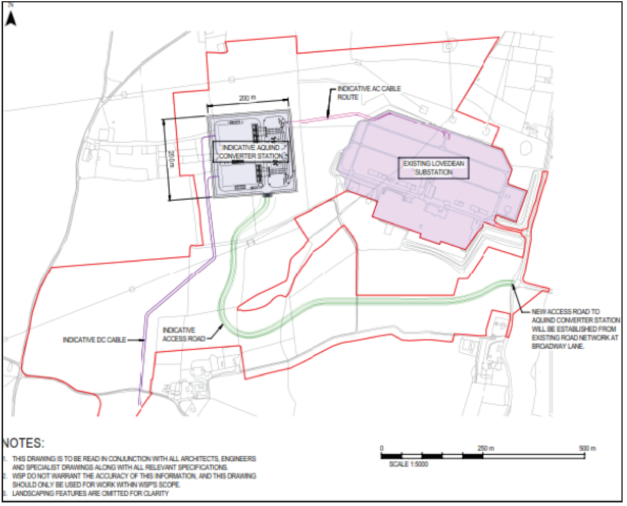 HERE is a link to the Aquind application on the Planning Inspectorate website where the documents can be viewed once they are uploaded.

HERE Here is a link to the Aquind Website.

When the documents have been made publicly available there will be an update.

Posted by horndeanguy on November 17, 2019
Posted in: Local Issues. 4 Comments

After 3 elections and 9 years as our Member of Parliament, Sir George Hollingbery has decided not to stand again.

George held many posts including whip, Parliamentary Private Secretary to Theresa May when she was Home Secretary and Prime Minister. His last role was Minister of State for Trade Policy.

So, The candidate selected to stand for the Conservative Party is Flick Drummond who was MP for Portsmouth South between 2015 and 2017.

Flick is the Chair of the SE Region of the Veterans Advisory and Pension Committee, a Board member of the National Citizens Service (NCS) and Voluntary Director of the Conservative Policy Forum.

Flick was a city councillor in Winchester before she went to America in 1999-2004 where she saw the horror of 9/11 at the World Trade Centre and campaigned for John McCain. Locally, Flick was a school governor at Milton Park Primary School for 7 years and is now a trustee of the Salterns Academy which looks after Admiral Lord Nelson School and Trafalgar School.  She has been an active trustee of the Citizens Advice Portsmouth since 2010 and helps various charities in the community.

Flick set up Pompey Litter Pickers and a Small Business Forum to help local retailers and businesses. Flick helped out at the Foodbank before she was elected as an MP and worked on a project tackling homelessness in Portsmouth including setting up the Street Support website and app. Flick understands many of the issues and challenges facing local residents. She used to work as an insurance broker, Ofsted lay school inspector and was a member of the TA Intelligence Corps.

Flick lives in Southsea and is married with 4 grown up children.

You can visit Flick’s website on this link HERE

Looking ahead you might want to register for a postal vote instead to save going out on what might well be a cold wed December day and can do so on this link HERE but you must do this before 5pm on the 26th November. If you are not currently registered to vote then the deadline for this is midnight on the 26th November.

The 4 candidates standing in Meon Valley are:

Posted by horndeanguy on November 10, 2019
Posted in: Local Issues. 2 Comments

The 2019 Remembrance service in Horndean, blessed with excellent weather, drew a record turnout with some 350 serving, veteran and uniformed organisations taking part in the parade and an audience exceeding 2,000 – the largest turnout ever. Well done to the team at Horndean Parish Council for again organising this excellent event 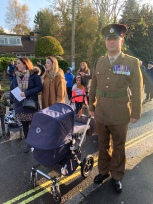 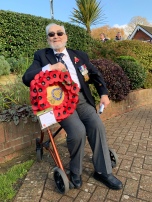 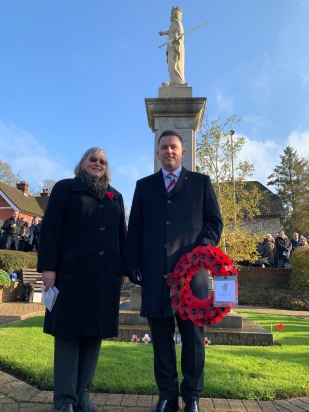