In the run up to D-Day many thousands of troops from England, Canada and the United States as well as troops from occupied countries were billeted around the immediate area. Most of these quickly built up a rapport with many of the villagers. Some shared their food with villagers especially in Clanfield where the area around Manor Farm was known as the ‘Canadian Kitchens’.

Villagers also did their bit to help the servicemen. They would do their washing or invite them in for an evening and include them in their families activities. As D day got closer many more troops arrived and camped with their equipment in woods and hid their large vehicles as best they could. Queens enclosure in Cowplain was full of heavy equipment. They all knew they were here for something special but they were not sure what.

One day the servicemen gave their last sweets and cigarettes to children telling them that ‘they wouldn’t be needing them where they were going’ and on June 05 they were gone!

The photographs are of tanks lined up along the A3 in Horndean and Clanfield awaiting departure. 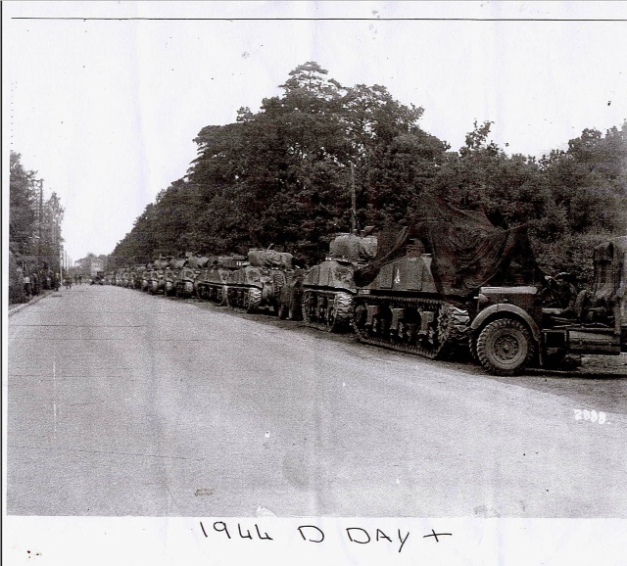