Posted by horndeanguy on June 27, 2017
Posted in: Local Issues. Leave a comment

The first Three Parishes Summer Fayre took place on Saturday and had a Village Fayre feel about it with over 60 clubs and local organisations and activities supporting the event. The Dog shows and donkey rides were very popular and the evening barn dance was attended by 60 visitors.

The Fayre was organised by Cllr Sara Schillemore and the communities team at East Hants District Council to celebrate all that’s is good about Clanfield, Rowlands Castle and Horndean. Families came together to enjoy a traditional country festival at Hazleton Farm, Horndean, packed with games, displays and stalls.

Cllr Sara Schillemore, councillor for Horndean, said: “This is the first time we have held this event and we hope to run many more in the future. We are delighted with how it went and thrilled with the turn-out with hundreds of families coming to support us. There’s a real need for an event like this to allow people throughout the area to come together and have fun and I was really excited to see how successful it was.” 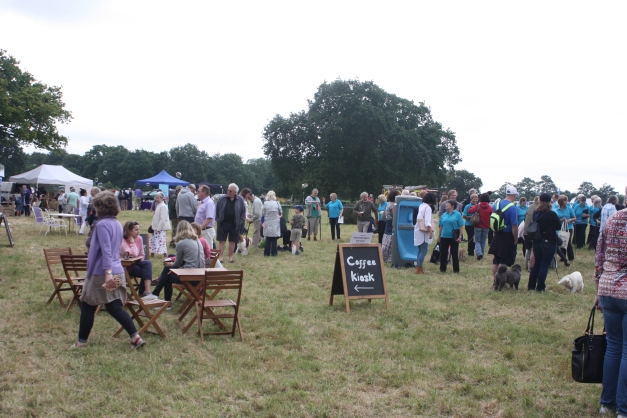 Groups and organisations around the area set up stalls across the site with Butser Ancient Farm and the Women’s Institute rubbing shoulders with the Avon Valley Ferrets. Dog owners had the chance to parade their own perfect pooches at a fun dog show run by Barking Glad, while classic cars, and particularly a Gulf War 2 military Land Rover, attracted lots of attention. 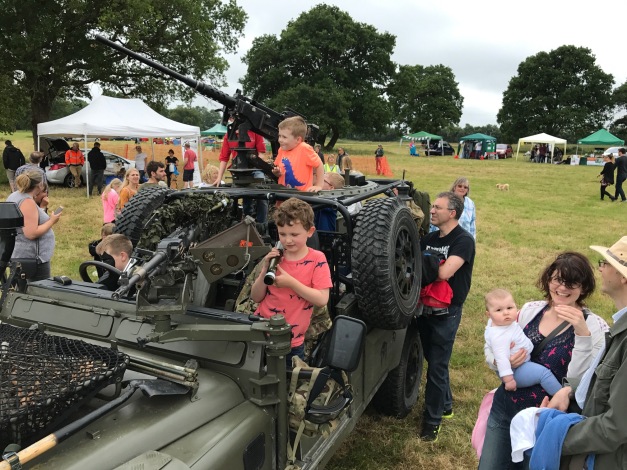 The centre of the fayre featured an arena with events such as a display by the dogs of the Reedland Retrievers, as seen on Downton Abbey, and music from Achoired Taste, a Horndean-based choir. The day was capped off in fine style by a barn dance, complete with caller, with music from the popular band Squinty McGinty.