So Another Election Is Coming

Posted by horndeanguy on May 4, 2017
Posted in: Local Issues. 1 Comment

For those who voted today in the County Council elections – thank you for taking the time to go out and vote, whoever you supported. If you have not yet there is still a few hours voting time left!

So we also have a general election coming and the good news is that it is only a 6 week build-up instead of the usual 6 months politicking and speculation… One website worth keeping an eye on is Electoral Calculus who are one of the (many) independent commentators analysing opinion polls and plotting how the outcome of the vote might be. A screen shot is below (which will please and upset depending on your politics!) and to visit the site click on this link here: Electoral Calculus

Currently our MP is George Hollingbery who is also PPS (Parliamentary Private Secretary) to Theresa May which gives him unique access and insight to all of the current key political issues. here is George’s statement on the early election: 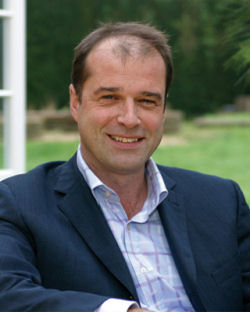 The Prime Minister’s announcement today is absolutely the right decision in the national interest because it allows voters to make the choice between stability and certainty as we leave the EU or instability and chaos at the hands of a coalition of Labour, the Lib Dems and the SNP. These parties are only interested in reversing the referendum result or weakening our negotiating hand so there is no strong deal when we leave the EU.

It will also allow the Government a new mandate at the same time as there are newly elected leaders in France and Germany and this could prove very helpful in the months to come.

The PM has made it clear she was reluctant to make this decision but, considering the posturing of those political parties who want to do all they can to frustrate our negotiations to leave the EU, she was left with no alternative. In this she has my full support

Finally we are running our own local pre-election poll to see how Horndean will contribute to the national picture. The poll is below, you can only vote once and for one option. when you have voted you will see how the local community is intending to vote.