Posted by horndeanguy on March 18, 2016
Posted in: Local Issues. Leave a comment 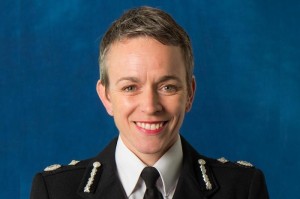 The Hampshire Police and Crime Panel has unanimously recommended the appointment of Olivia Pinkney to the position of Chief Constable of Hampshire Constabulary.

At a Confirmation Hearing held (today) Friday 11 March 2016, the Panel considered the recommendation by the Police and Crime Commissioner for Hampshire, Simon Hayes for Mrs Pinkney, the former Deputy Chief Constable of Sussex Police, to take up the role of Hampshire’s new Chief Constable. Her appointment follows a recruitment process held by the Commissioner, which also involved senior community stakeholders and partners from 18 organisations across Hampshire and the Isle of Wight, as well as a two-day interview.

As part of the role of the Hampshire Police and Crime Panel (PCP) to scrutinise the work of the Police and Crime Commissioner (PCC), the PCP is required to hold a Confirmation Hearing to review the proposed appointment and question the preferred candidate on their suitability for the role. Based on this hearing, the PCP then makes a report with its recommendation on the appointment.

The Hampshire Police and Crime Panel’s report will be published on Monday 14 March 2016, detailing how the Panel has unanimously approved the selection of Mrs Pinkney for the role. This decision has, in turn, been communicated to Mr Hayes.

Prior to her role as the Deputy Chief Constable for Sussex Police, Mrs Pinkney was Assistant Inspector of Constabulary with HMIC, leading independent professional assessments of police efficiency and effectiveness for the public. She also served as Assistant Chief Constable for Surrey and Sussex Police, and was the Southeast lead for serious and organised crime. Nationally, Olivia led for the police on tackling organised immigration crime including people trafficking. She was awarded the Queen’s Police Medal in the New Year Honours 2016.

Chairman of the Police and Crime Panel, Councillor David Stewart, said: “The Panel has unanimously agreed that Olivia Pinkney was an outstanding candidate for this position. The way in which she answered each of the questions posed by the Panel has demonstrated her suitability for the role, meaning that Hampshire and the Isle of Wight now have a new Chief Constable of exceptionally high calibre.”

Olivia Pinkney said: “I’m absolutely delighted to hear the Panel’s decision and I look forward to leading the professionals within Hampshire Constabulary and serving the communities across the county and the Isle of Wight.”

Hampshire Constabulary has been rated as ‘Good’ in the latest HMIC inspection around the effectiveness, efficiency and legitimacy with which we keep people safe and reduce crime. Acting Chief Constable Graham McNulty commented: “We are good at keeping communities safe because of the commitment of our police officers, staff and volunteers. I’d like to say thank you to all of them for their hard work, and to thank the public for their ongoing support” Click here to read the Inspectors Report