Posted by horndeanguy on March 16, 2016
Posted in: Local Issues. Leave a comment

Residents of Blendworth will be familiar with the plans to develop Crookley Park (also known as Blendworth Fabrics) into housing. An application was submitted for this last year and refused by EHDC in May 2015 for a number of reasons:

The land owners appealed in November 2015 (pretty much on the final day of the 6 month appeal window) and this has now been decided by the planning inspectorate who has Dismissed (refused) the appeal.

The planning inspector agreed with EHDC that the loss of an active employment site was detrimental to our community, that the plans could not demonstrate development could take place without harm to the trees and the proposals depart from our local plan.

Overall, however, I consider that the proposal conflicts with the development plan, read as a whole, and the purported economic, social and environmental benefits are not material considerations that are sufficient to justify a departure from the development plan.

I find that the proposed development would be contrary to the development plan, read as a whole. In the absence of material considerations to outweigh that conflict, and having considered all other matters raised, I conclude therefore that the appeal should be dismissed.

EHDC currently has a success rate of about 85% to 90% on appeals across the district. This is a position we can expect to maintain for some time with a local plan that is approved and a 5 year land supply for development.

Here is the main plan from the Crookley Park application: 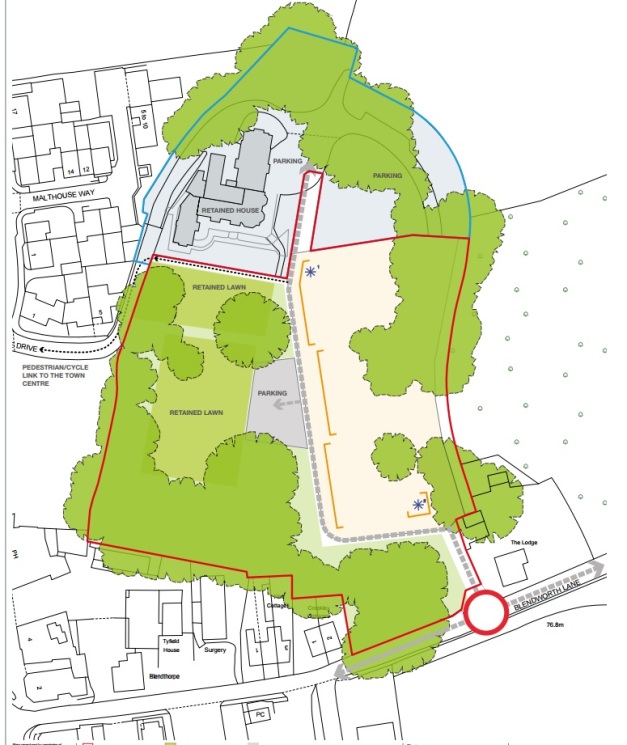