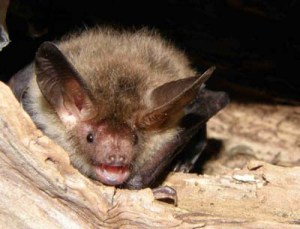 The Land East Of Horndean application was expected to be submitted by WGY at the end of August, and at this time has been delayed a little.

The development site has been found to be habitat for a rare breed of bats known as ‘Bechsteins Bats’ and the developers have had to trap some under licence, stick transponders on them and monitor their movements to ensure clear flight paths for foraging can be designed in.

According to Wikipedia there are perhaps 1,000 of these bats in the UK, and they are a highly endangered species. as a result they are heavily protected. Based on the numbers found in the two roosts it seems most of them are at Hazleton Farm!

The bat specialists have concluded their studies and the final impact is being designed into the masterplan now. WYG expect to get the application in by the end of September which will be in good enough time to help demonstrate suitable alternatives to our less preferred sites.