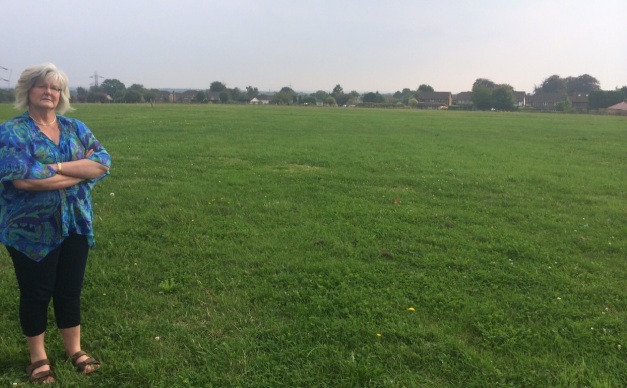 As reported recently, Taylor Wimpey is looking at making an application to build seventy three units at Land off Chalk Hill Road, Horndean. The Consultation with Parish Councillors will be next Tuesday, 16th September following which we shall have a clearer idea of what is proposed.

The Full Public Consultation is on the 23rd September between 3pm and 7pm at Horndean Football Club off Five Heads Road and all interested parties are welcome.

The ‘Chalk Lane Development’ is better known as land to the South of Tricketts field. It is NOT owned by Jack Trickett.

Having looked at the initial development plan, I have the following concerns:-

1. The application site is outside the Settlement Policy Boundary except for a small area on the south western side of the site. The countryside policies thus apply to it and development would be restricted unless it is necessary and justified. There is no need for any housing to be built here as the 700 homes required to be built in Horndean in the period up to 2028 can be built at a sustainable site at Hazleton Farm/ Pyle Farm which in addition to the housing will also provide infrastructure and community facilities.

2. The site is in the Local Gap between Horndean and Catherington. The Local Gap is intended to prevent the coalescence of the two settlements.

3. The roads are inadequate to take the traffic that would be generated by the development. There is no public transport in the area and it would be necessary to own a car to live here. Chalk Hill Road, Highcroft Lane and Five Heads Road are already very busy congested roads that are dangerous in parts.

4. There are no local services in the area.

5. The site is a valued landscape in an elevated part of the Parish. There are views to the 11th century Church to the north; views to and from South Hampshire to Hayling Island to the east, across the Solent to the Isle of Wight in the South and across to Fawley in the west. These would be lost to a densely built out development that is out of character with the area. Some of the buildings are shown as being three storeys in height and would completely dominate the area. We would not want a replica of the development at Waterlooville in the countryside at Horndean.

6. Catherington Lith is situate just to the north. It is a local nature reserve, is a SINC and is protected by a woodland tree preservation order as it contains remnants of Ancient Woodland. A development of this nature would have serious, detrimental implications for the Lith.

The Parish Council represents the views of Horndean residents. Comments and views are very welcome and should be sent to the Parish Office on contact@horndeanpc-hants.gov.uk.

When the public consultation plans are published a copy will be posted here with a poll asking your view on if the development should go ahead. 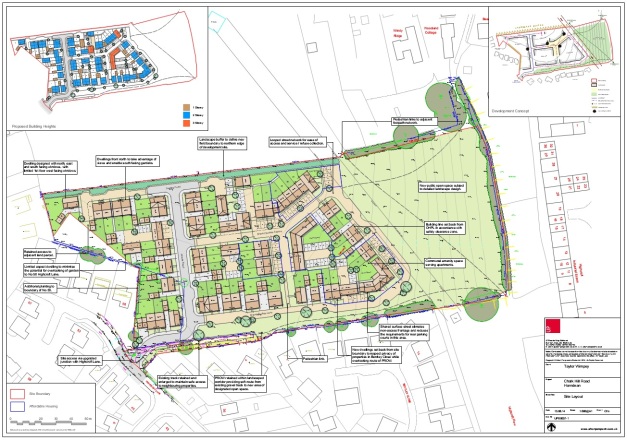