Posted by horndeanguy on August 16, 2014
Posted in: Useful Information. Leave a comment 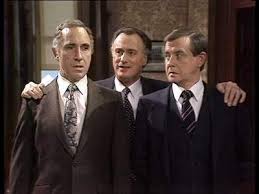 I am an avid fan of Yes Minister and Yes Prime Minister. The sheer brilliance and uncomfortable truths of the series amused vast audiences, and Local Government has some comparisons with the ‘Political Will, and the Staff Won’t’. The Right Honorable Jim Hacker’s vision of ‘Open Government’ and Sir Humphrey Appleby’s desperate attempts to prevent this from happening. You may remember the Cabinet Secretary’s advice (Sir Arnold) that ‘Open Government is a contradiction in terms. You can be open, or you can have Government’.

Is seems that Eric Pickles, Minister of the current day successor of the ‘Ministry of Administrative Affairs’ has made one last push for this with new legislation covering public meetings, the use of modern technology (video recording, blogging, twitter) and encourages as much transparency as possible. He has succeeded where Hacker failed. Oh, how we miss Sir Humphrey. The details are below:

Transparency and openness should be the fundamental principle behind everything councils and other local government bodies do, and new rights have now been introduced by the Openness of Local Government Bodies 2014, which will enable members of the public to know how decisions are made.

These rights allow members of the public including citizens and professional journalists to:

1 – Use modern technology and communication methods such as filming, audio-recording, blogging and tweeting to report the proceedings of the meetings of their councils and other local government bodies
2 – See information relating to significant decisions made outside meetings by officers acting under a general or specific delegated power.

This guide provides practical information that will help the public to exercise their new rights under the Regulations, and what they should expect from their councils and other local government bodies.

Click here for the link to the guide book.

Bernard Woolley: “It used to be said there were two kinds of chairs to go with two kinds of Ministers: one sort that folds up instantly, the other sort goes round and round in circles.”