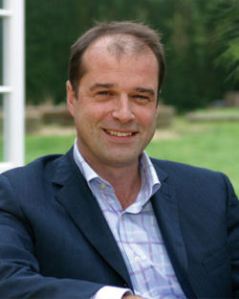 In the seemingly unwarlike Meon Valley Constituency we have 19th century forts on Portsdown Hill, plus existing and former military bases. Droxford played host to Winston Churchill, the Supreme Allied Commander General Dwight D. Eisenhower and the French leader Charles de Gaulle when they met there on the 2nd June 1944 to discuss the imminent invasion of Europe.

We also have some less positive legacies too. Hambledon has to cope with floods today caused, in part, by the Great Ditch through the village being filled in to park tanks on in the run up to D-Day. Similar ditches were filled in along the A272.

Graves of servicemen and women who died serving their country also dot the Meon Valley and recently I had the honour of accompanying the Commonwealth War Graves Commission to Bishop’s Waltham to visit the resting places of those who were killed in both the first and second world wars. The Portland stone headstones are immaculately preserved and a poignant reminder that the human cost of these conflicts was stubbornly high.

But perhaps the jewel in the military crown in our part of Hampshire is Southwick House – the very place where Eisenhower made the decision to storm the Normandy beaches on the 6th June 1944.

I have visited this place several times and viewed the D-Day map on the wall that Eisenhower and General Montgomery must have stared at for hours. It’s a national treasure and a fitting monument to the sheer complexity of landing 140,000 troops on a hostile shore.

When I’m at Southwick House I always think of Eisenhower grappling with the decision to give the order to invade France. At the time, the weather was terrible and the story goes that the windows of Southwick House were actually rattling just as a weather forecast said there would be a brief respite in the wind and rain on the 6th June.

Eisenhower had already postponed Operation Overlord for 24 hours because of the storm and thousands of troops were embarked and waiting the order to cross the channel. Some of his generals said wait, and I cannot imagine the turmoil he must have felt before he said the invasion was on.

That decision cost more than 10,000 Allied and French civilian lives in the following 24 hours but help set Europe free. Historic is an overused word these days but not when one thinks of Southwick House. We should be proud of what we have on our doorstep here in the Meon Valley.

Photo: Tanks assembling on the A3 in Horndean prior to D Day Photo with thanks to The News.